I was watching Netflix on the couch when I received a text from an ex. When I was 20-years-old and he was nearly 22, we dated for a brief time in Boston. I was in school and he was a musician. For the sake of his privacy, we’ll call him Cloudy. Anyway so Cloudy and I dated about 9 months, and no, this does not end with a baby. So cloudy gave me a toothbrush at his apartment. Cloudy and I would cook breakfast together in pajamas while listening to Elton John. Cloudy and I seemed content, right? Well, suddenly his calls become infrequent. Then they became non-existent. My friends start to think I made this Cloudy fellow up all-together. Maybe I did? Was that real? Did I just get dumped without anyone taking any action? Is it my fault for not calling him and demanding he dump me… officially? How does this shit work.

So, I did what any logical 20-something-year-old-girl would do… I investigated his Twitter. See, it was annoying because he was a semi-known artist with a lot of followers, so it was hard to sift through his silly timeline of tweets. There was one user that he consistently responded to. I clicked on her profile. She was beautiful. I mean, she was a knockout, 10/10. Her bio said she lived in Wisconsin or Minnesota, I can’t remember which one. That’s neither here nor there. She seemed to know Cloudy and his roommates, his bandmates and his tour manager. She attended the same college as him. Oh, and she left sweet and subtle hints on Twitter that they were dating.

So, I did what anyone would do next… I took to Facebook to find her. Her profile picture was of a happy photo of her and Cloudy cuddled up in bed. They made an exceptional couple, which by the way, they still very much were. I slapped myself awake and reminded myself that Cloudy had been lying to me– and this beautiful mystery girl. He was a cheater.

Oh, and were we using the same toothbrush?

I never forced him to explain and I didn’t rat him out to his ‘other’ girlfriend. I think they stayed together for awhile after that. I can’t be sure since I decided to suppress that mistake deep down and never looked him up again.

Flashback to me on the couch watching an undisclosed show on Netflix– Cloudy sends me the balloon emoji. I realize in that moment– one month after my 23rd birthday– Cloudy has manned up and sent me my own personalized balloon emoji. Aren’t exes the best? He must mean well, like he did when he decided to have two girlfriends at once.

I decide not to answer and hop in the shower but then it dawned on me in the shower that Cloudy isn’t the only idiot ex I have. He’s one of many, and you know what? They all crawl out of the woodwork at least once to see if you still carry a flame for them.

Ultimately, this is what I want to tell any and every girl out there who has been left in the dark by some guy who barely deserves her time: You are the best thing he’ll ever have. In fact, he’s scared shitless of you. He’s such a coward he’d rather make decisions out of fear than out of love. He’d rather ruin things on his own accord than for you to realize what a loser he is and leave him. He knows that he’s not ready for you and so he runs. Any guy that has hurt me, left me, cheated on me or just simply deserted me– has come back to me one way or another. That’s when I remind myself how awesome I am and how lucky I am to be me and not Cloudy. 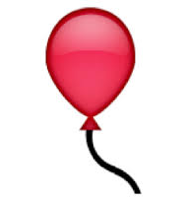 I live in Los Angeles, work in non scripted and survive on hummus. View all posts by bribaxter